#22PushUpChallenge : My number came up!

When the whole ice bucket  challenge for ALS went around about a year ago I managed to keep my head down, not comment on anyone's post and avoid the spotlight of nomination. Thankfully since me and ice water really do not get along.

Fast forward to this year's fundraising phenomena the #22PushUpChallenge.  22 Days of 22 Pushups to raise awareness for the veterans and first responders in North America that suffer from PTSD and other mental health issues derived from their jobs and are not receiving adequate support to help them cope. The number 22 was a study average of the number of Veterans committing suicide in the United States daily. Wounded Warriors Canada has partnered with the 22/22 Challenge to bring awareness to the same issues facing Canadian Veterans and First Responders.

I was nominated on Monday of this week, October 3rd to be exact.  Taking the time to complete the 22 pushups each day is really no challenge.  Recording that and letting others watch as I complete my 22 adapted pushups, that's embarrassing as hell. But no where as difficult as what the individuals I am supporting have gone and are currently going through.
So if you are nominated, like I was, show your support as best you can.  Make a video, make a donation, do your pushups or just say "Thank-you" the next time you are face to face with one of these great people that work to keep us safe.

Here are my first 6 days from the #22Pushupchallenge:

Day 6
Posted by IceboxRunner at 15:53 No comments:

Fireball 5km @ 100mG
Some runners are motivated by competition, others by the peace and quiet of the trails; our group however seems to be highly persuaded by alcoholic beverages.  Blending drinking and running together has become a bit of a mixology study among our charismatic leaders.
In the spirit of birthday celebration we ran 1km loops headed-up by a shot of Fireball Whiskey each time X5
Always a good idea to stir a little fun into your training!

Read more »
Posted by IceboxRunner at 22:29 No comments:

Tuesday - 8km Steady
8.6km @ 209mG
Tuesday night crew run, with a huge group tonight!  Unveiling of the much anticipated crew t-shirts on a warm evening.  We sure looked good in our matching attire.

Wednesday - 10km Steady
5.1km @ 138mG
Global Running Day!  Got out on the trails in Kenna to celebrate our love of running with friends! I know I shorted myself on distance a bit but the elevation was good on this little run.


Friday - 7km Slow
9.8km @219mG
A family run on a Friday night.  Brian and my father joined me for this nearly 10km of Juniper/Rose Hill trails.  I'm lucky to have these two guys supporting me, even if Dad calls me "crazy" for wanting to do this 50km in 3weeks.

Sunday - 40km?
21km @ 731mG
TNF Dirty Feet 21km Trail Race in Kelowna
My original plan was to run the race and then with whatever energy I had left, help to sweep the course afterwards. The day did not go as planned.  For starters it was 25C at race start 9:30 in the morning and continued to climb to 33C by the time I reached the finish line.  Kelowna celebrated a temperature record breaking day and I was just happy to survive 3 hours of scorching hillside.  I went through all of my water in this race, and that included a refill at the 8km aid station and again at 18km filling a bottle to make it to the finish.  If the conditions in Canmore are anything like last year, hot & humid, I am definitely going to have a battle against dehydration going on.  Today however I had the option to waive the extra kilometres, so I did.

45km/60km @ 1297mG
Short by 15km this week, the encroaching reality of time running out is all too real.  While out on the race course this weekend I had lots of time to think about all the possible weather conditions that could really screw with my comfort zone during Rundle's and have adopted the "just keep running" mantra.  Because really, how comfortable do I think I'm going to be!?  In the heat I have to keep my bottles full (of water and nuun), there's no doubt about that after Sunday's run. #makeyourwatercount
Just 3 more weeks to go!


Posted by IceboxRunner at 18:53 No comments:


Wednesday - 6x Hills
6.9km @ 320m elevation gain
Hitting the hills with Jon and Phil is equal to dropping your ass from a 10 storey building repetitively.  So I guess I owe them thanks for pushing me to do "one more" repeat until my legs and lungs were deflated!


Thursday - 5km Slow
5.1km @ 41m elevation gain, 4 cans of beer
KH3 Beer Mile
The Kamloops Hash House Harriers were at it again, this time introducing a Beer Mile to the crew.  I guess that fits into the training plan, too bad it had to pour rain down on us the whole time.


Saturday - 35km LSD
36km @ 1068m elevation gain
Oh Saturday, glorious Saturday.  Up at 5am for some breakfast and to prep my gear for today's 35km run.  Am I anxious?  Oh hell yes.  I have never run this far in a single effort and I don't feel great about it from the start.  I'm going into this on 5 hours sleep and a double mouse hunt overnight.
Jon and Misty met me in the parking lot exuding motivation for what was to come, well Jon was peppy, poor Misty has been suffering a chest cold for the past week and sounded like a feminine Mr. Burns.  Jon might end up carrying 2 bodies out of the park. 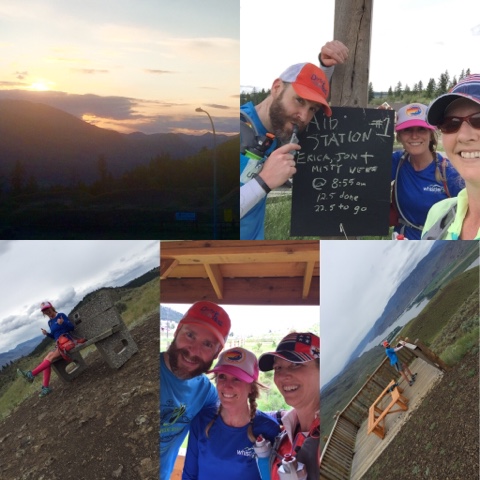 The distance marched by under our feet pretty easily for the first 12.5km as we randomly chose trails to follow with no pre-set route in mind.  The next 10km were a bit more of a push as each of us  started to need calories, hydration or walk breaks.  By 25km we were back at the parking lot for an "Aid Station", refilling water bottles and I snacked on some pretzels that were stashed in the car.  The weather had also begun to change by this point and I seized the opportunity to swap jackets, light wind resistance for light-weight rain resistance.  This proved to be a good decision about a half-hour later as the rain clouds drifted over and the temperature of the winds seemed to get crisper before we reached our goal for the day, I found I was quite comfortable in TNF Fuseform Cesium Anorak jacket.
I accomplished the goal set out for me with Mango Orange Nuun/ Nuun Plus in my bottles and Picky Bars to nom-nom on during the hill climbs.  Happily my stomach survived the entire run and come the end I didn't seem to have same dehydration symptoms of the previous week's long run.

Sunday - Rest Day (well maybe not)
15km @ 228m elevation gain
Blackwell Dairy 15km Race, Barnhartvale, BC  IRA Road Race #6
Okay, so I didn't exactly race it this year. How could I with the lead legs I was ambling around on? No this year I would call it a recovery run.  A 15km scenic recovery run with a great big happy running community also out there racing today.
I walked a couple of the hills.
I stopped to take pictures of my Dad at the turn-around point.
And a picture of a barn reflecting on the water.
I definitely was not racing. But I did finish well and ahead of my expectations, adding only 5 minutes to my time from last year.

Once again I am over on mileage but I feel I did a better job of moderating the intensity of those extra  kilometres.  I knew full well that I could never race the Blackwell Run the day after my long run but I gave me a great sense for how far my tired legs would continue to carry me if I didn't ask for any stupid miracles from them.
With only a handful of weeks to go before Rundle's I have purchased my bear spray, worn my race vest almost every run to get used to having it on and loaded, and beat down some of my previous misconceptions of my own physical limits.
Posted by IceboxRunner at 11:56 No comments:

Tuesday - 7km Steady
Registered this morning for TNF Dirty Feet 21km trail race in Kelowna coming up at the beginning of June.  That ought to make a good training run, especially since it took me 2:51:00 last year to run it. As I recall the route is a whole lotta UP and down in the blink of an eye!

7.4km @ 174m elevation gain
Out with the DFTC in Pineview tonight, running hills and slapping mosquitos.  This awesome crew even brought shots and cupcakes to celebrate my birthday with me. I absolutely love my running friends.

Wednesday - 4x 600m Hills
8.9km @ 370m elevation gain
3x 600m Hills
Those were ugly.  Thankfully, my trusted training partner Jon was there to endure the vertical flogging on Tower/Saskatoon trails.
Crazy part was, with each repeat my time decreased to get to the top.
4:59
4:44
4:42

Thursday - Rest Day
And rest I did!

Friday - 5km Slow
5.6km @ 136m elevation gain
A short run on the roads around home.  No sense in going fast or long today with a 20km run early tomorrow morning.

Saturday - 20km
22km @ 597m elevation gain
In typical long weekend fashion it rained.  And rained, and then rained some more.  If it wasn't for the fact that I was meeting Jon and others in the park for this week's LSD I might have stayed in bed.
I guess folks on the coast deal with soggy weather all the time, but it was definitely a novelty for me.


Sunday - 8km Slow
More and more buckets of rain this morning.  I survived yesterday's run, but the princess in me could not bring herself to don the neon trail slippers and go out there again today.


Week's Summary:
44km/49km completed,  1274m elevation gain
This week was again incomplete for total mileage, however I did enjoy a few good days of rest, some great company in less than favourable conditions and I feel ready for the big week ahead.
Posted by IceboxRunner at 20:23 No comments: 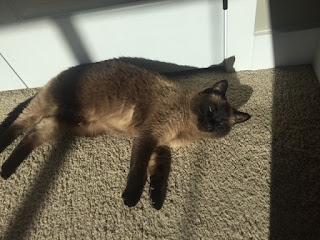 Read more »
Posted by IceboxRunner at 17:56 No comments:

Read more »
Posted by IceboxRunner at 22:04 No comments: 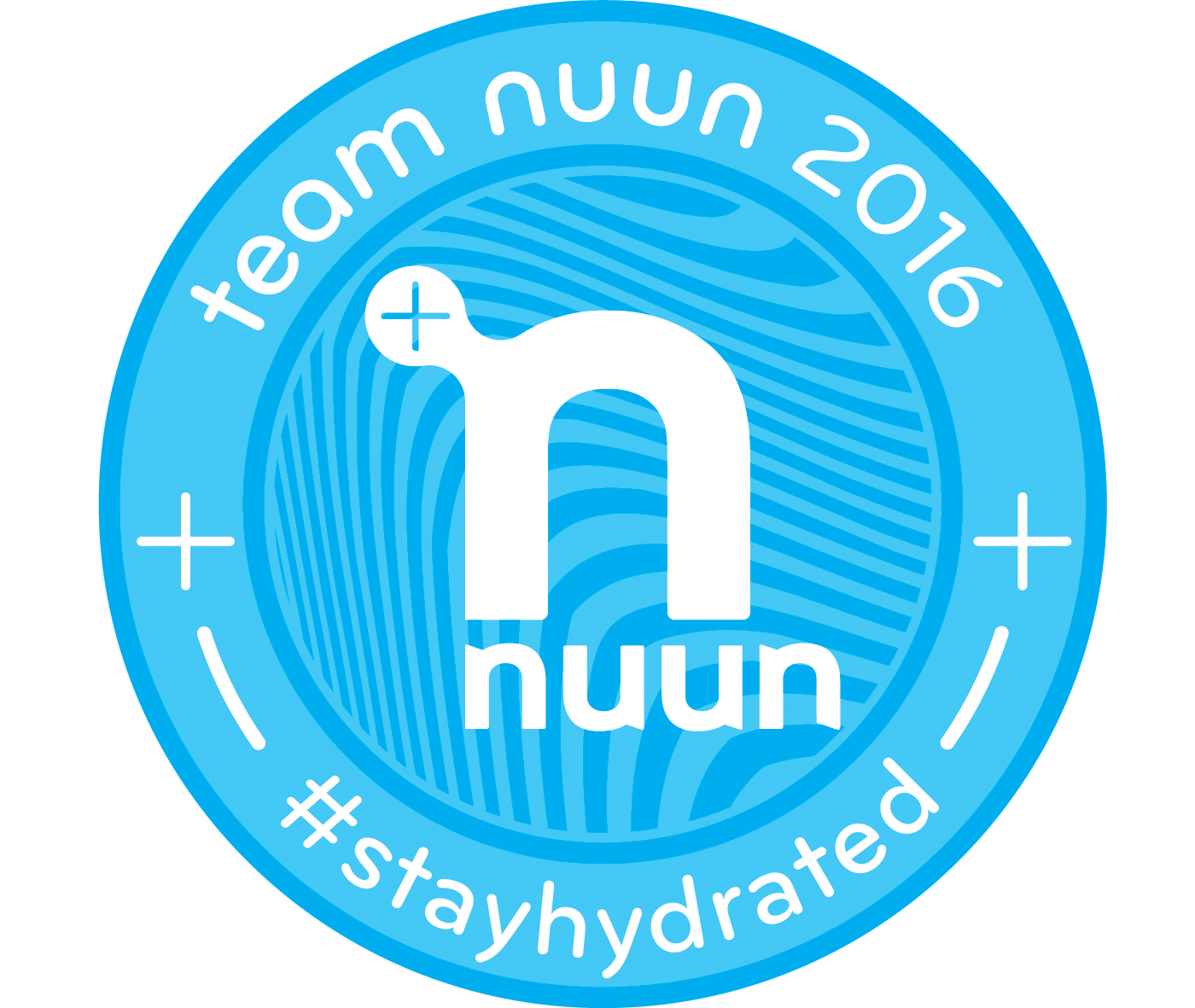